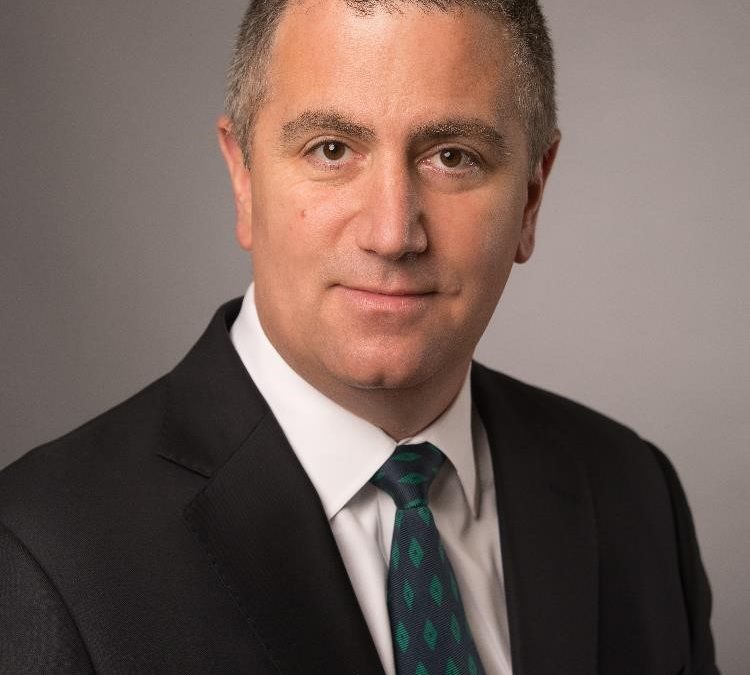 Pete Sukits: Thanks for joining us, Dan. To start off, can you tell me a little bit about your professional background?

Daniel del Sobral: Of course. I did ROTC in college and was commissioned an Ensign in the Navy at graduation and I entered the Submarine community. I did my JMO (junior military officer) time, and then decided to go back to business school to get an MBA. I had a couple of roles after business school and then joined a startup as a “founder”, employee number 3, called Power Advocate. Essentially, the company provides software solutions and consulting services to the power and utilities industry. I got into consulting after that with Booz & Co., which was later bought out by PwC to become Strategy&, in their Power and Utilities practice. It’s a small industry so I was working with many past colleagues in that capacity.

P: What motivated you to join Candorful?

D: At PwC, there is a subtle push to do volunteering activities, but there wasn’t much that PwC offers that clicked with my interests. But one day, I got an email that mentioned Candorful, and I was immediately intrigued by it. Candorful aligns with my skills and experience since I know quite a bit about hiring and interviewing. Also, it felt personal for me given my own military background – my dad was career Air Force, and I was a JMO in the Navy after a ROTC scholarship. It’s become a neat way to contribute to a culture of volunteering in a way that is meaningful, fun and fulfilling for me.

P: What was attractive about a veteran-specific non-profit opportunity?

D: As mentioned before, it was very personal to me. I’m able to leverage the skills I’ve acquired over my career in order to pay it forward to other veterans and help others in the process.

P: In general, what are some things you’ve seen in veterans coming into the private sector that they could improve upon?

D: I see three things really, that I think could be improved and that I try to help with during my sessions. The first is that you need to have a really positive, crisp story about why you’re leaving the military and starting this new chapter. Frankly, most don’t have it. For example, it needs to be something like, “I’m looking for a career that will allow me to spend more time with my family,” as opposed to something like, “I’m tired of deploying”, or “I got passed over for a promotion”, etc. The second point is that they often don’t do a good job of showcasing their work in the military in an effective way. I see it in their resumes. They don’t connect the dots on what they accomplished or how it applies to a new career. I would say about 2/3rd of the improvements I suggest are in how many candidates market and showcase their work. Finally, I have a theory that you should talk about things that you’re comfortable talking about in an interview. A lot of veterans tend to cover up or gloss over some of the more exciting points of their career. As an example, I had one woman I interviewed who had something on her resume about a job that was “training-related”. I asked her about it and she responded that she had been a Drill Sergeant at basic training. I was like, “Wow, that’s impressive.” I immediately got the picture, but the problem was she didn’t have those exact words on the page. So, if I hadn’t asked, I never would have known.

P: That last point is interesting. I think sometimes veterans get advice to NOT go into an interview and tell war stories and such, and then they can overcorrect and totally gloss over things.

D: Yeah, it’s a balance for sure, but I am convinced most people are fascinated by the military, and telling sea stories or war stories is a great way to connect on a personal level with an interviewer while covering a familiar topic.

P: On the other side of the coin, what has impressed you the most about veteran candidates?

D: Whenever I interview somebody professionally, I’m looking to answer three questions. One, is this person smart enough to do the work? Two, can I put this person in front of a client? And three, could I stand to spend 6 hours with this person in a car or on a plane? Interestingly, “the car ride test” is the one most people I interview tend to fail. The difference with veterans is that they almost always pass “the car ride test.” They’re genuinely people that I’d like to get to know better. The consistency of cool people that I meet who are veterans is high.

P: How would you describe your coaching style?

D: That’s a good question. For me, it’s pretty simple. I help people as much as I can in the 30 minutes I have allotted with their overall content, their presentation and their resume. Any opportunities I see to provide guidance, I take advantage of that.

P: Thanks Dan. OK, I’ve got a few shorter questions for you. Curious to get your opinion on these. The resume. How long should it be?

D: That’s a good one. I would say, unless you are right out of school, 1 ½ to 2 pages is fine. I know some people will say different, but I think 1 ½ to 2 pages is OK. I’ve never tossed anyone’s resume in the trash because it was 2 pages!

P: Here’s one that’s gotten a bit grayer over the years. What’s your recommendation on interview attire?

D: I may be a little unorthodox in this, but I would say to call ahead and ask HR, “What should I show up in?”.

I definitely prefer a candidate who doesn’t wear a tie. I can count on one hand the number of times I’ve had to wear a tie for a professional engagement, and I think it’s kind of silly for someone to dress up in a suit and tie simply to prove that they have one, or know how to wear one. I think a sport coat is good, or even a suit with no tie as well.

P: What would you say is your interview coach “superpower”?

D: Interesting. I would say that I excel at helping people create a professional narrative. By that I mean, I help people tell a story about their career and their experiences that had led them to this interview – where this interview today is the logical conclusion for their story up until this point.

P: What is the worst answer to an interview question that you’ve ever gotten?

D: I would say that in real interviews, when I ask the question, why consulting? If the answer is, “Because I want to explore a bunch of different industries”, or something along those lines, I pretty much stop the interview there. PwC is very much rooted in industry alignment and the development of expertise in a certain industry or even a sub-industry. So, that answer is indicative of not having done proper research on the firm. Another one I would say has been, “I don’t want to travel”, and as we know with many consulting firms, travel is a huge part of the deal. With Candorful, I’ve noticed the ones I don’t like are when a client will say something negative about themselves without being prompted. There’s no reason to proactively say that you’re bad at something when you’re in an interview.

P: What do you do in your spare time when you’re not working, or coaching for Candorful?

D: Well, I have two sons who are in high school, so I spend quite a bit of time running them around. In addition, I actually build and fly remote-controlled airplanes. I have a house that is pretty much surrounded by woods on three sides so I’ve gotten into a bit of amateur forestry. I’ve got various axes and saws, things like that.

P: Great. I really appreciate you taking the time to speak with me today, and thanks for everything you do with Candorful.