Why Does It Make A Difference? Language and connecting make a difference in job interviews 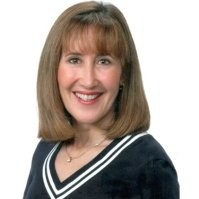 Candorful Interview Coach, Marcia Wasserman explains why it’s important to get the language, presence, and connection right when interviewing for a job.

Growing up in a military town like San Antonio, Texas, I frequently encountered military personnel. I spent summers working in both army and air force bases, and my mother spent her career working at Fort Sam Houston.  The vocabulary and speaking style of military personnel is quite different and much more formal than your run-of-the-mill civilian.  Whereas, this specific style may serve them well while in the service, it can be a deterrent to finding a job once their military service ends.

In my own career, interviewing was a constant. and I had the opportunity to interview many, many former veterans.  I can’t tell you how many times I would tell someone that they didn’t have to respond to my questions with a “yes ma’am” only to be confronted with “ok ma’am” as their response.

Candorful provides the opportunity to work with these highly qualified individuals.  In a mock interview, we provide the feedback that will enable them to show off their absolute best without the appearance of too much formality or stiffness that sometimes accompanies their presentations.  It also allows us to bring to light the number of military acronyms they unwittingly use that are lost on the civilian population.

Following up and seeing that nearly 99% of the people we interview who complete the full program are successful in finding a fulfilling job, if not a career path, makes it all worthwhile.  It always helps to practice interview skills and working with individuals from Candorful can make the difference between success and failure.

I feel that I have now come full circle. As a young civilian working at a military base, I learned a great deal that helped me to become a successful business woman.  Now as an adult, I can help veterans transition to civilian life where they can learn and be successful.